July has been a successful month of fishing, both offshore and inshore!

Captain Alan Balladares took the Timms crew on an inshore fishing trip on Tuesday, July 7th! Take a look at those bull reds and crevalle jack they hooked!

For the third day of their fishing trip, the Steele crew caught and released these big bull reds, speckled trout and crevalle jack while fishing inshore with Captain Damon McKnight and Captain Matt Leland on Saturday, July 11th!

April Dew and her crew had a great time fishing inshore with Captain Alan Balladares on Saturday, July 11th! They piled up on bull reds and reeled in this crevalle jack!

The Murphy crew reeled in this pile of sheepshead, redfish and bull reds while fishing inshore on Thursday, July 16th with the help of Captain Alan Balladares!

Jason Trotter and his crew had an amazing time fishing on Friday, July 17th with Captain Scott King! Take a look at all the beautiful Mahi Mahi they caught!

The Smith crew reeled in these Yellowfin Tuna and Mahi Mahi while fishing offshore with Captain William Bradford on Saturday, July 18th!

Captain Alan Balladares led the Ghalebandi crew on their offshore fishing trip on Saturday, July 18th! Check out all the Red Snapper they snagged up!

Brian Thacker and his crew had an awesome time on their rig/backwater fishing trip on Sunday, July 19th with the help of Captain Damon McKnight. They caught a heap of Vermillion and Red Snapper, Scamp Grouper, Redfish and Sheepshead!

Jerod White and his crew caught these bull reds on Monday, July 20th with the help of Captain Stephen Crews and Captain Matt Leland!

For a second day of their fishing trip, the White crew reeled in these beautiful bull reds on Tuesday, July 21st with the help of Captain Stephen Crews and Captain Matt Leland! 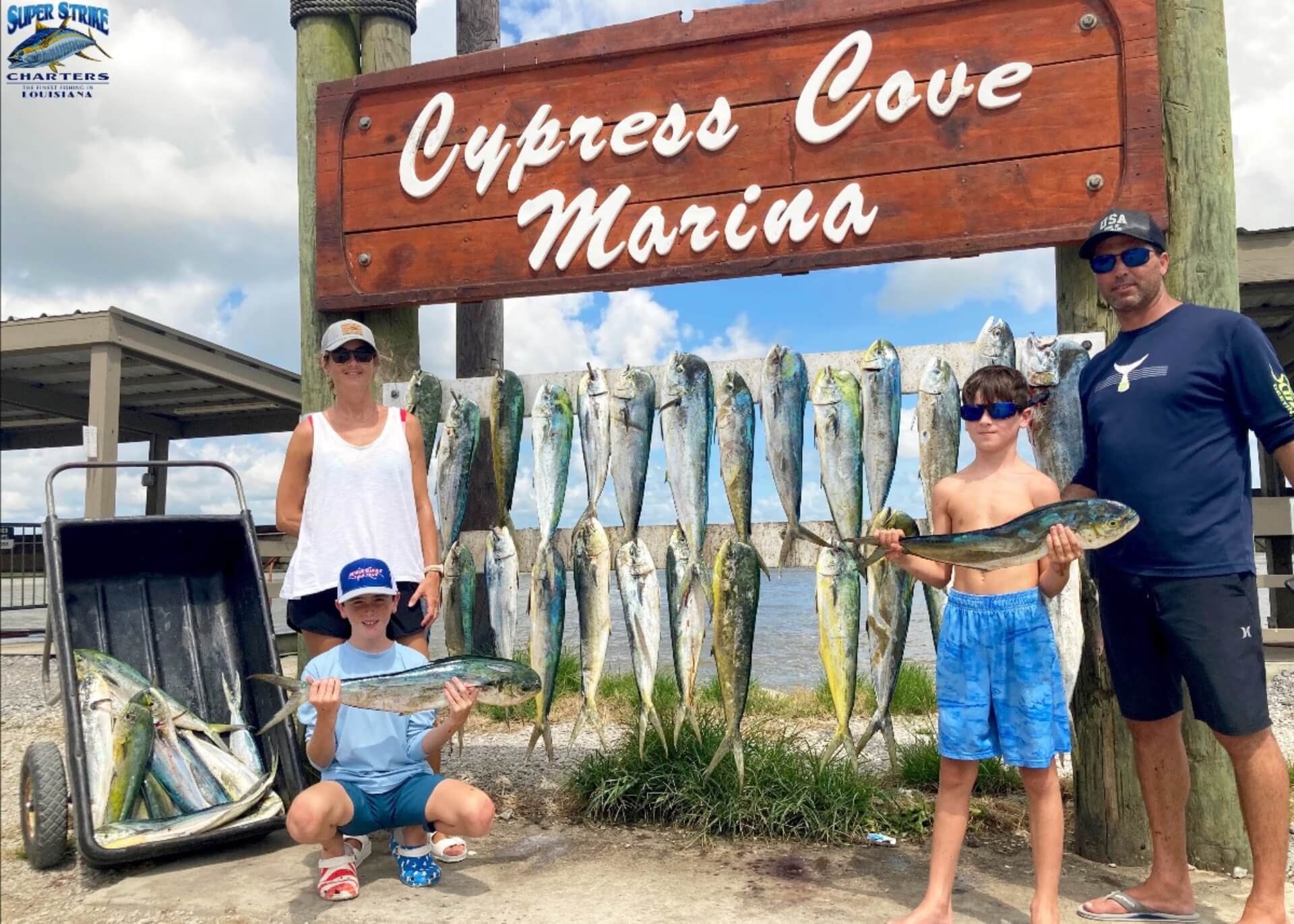 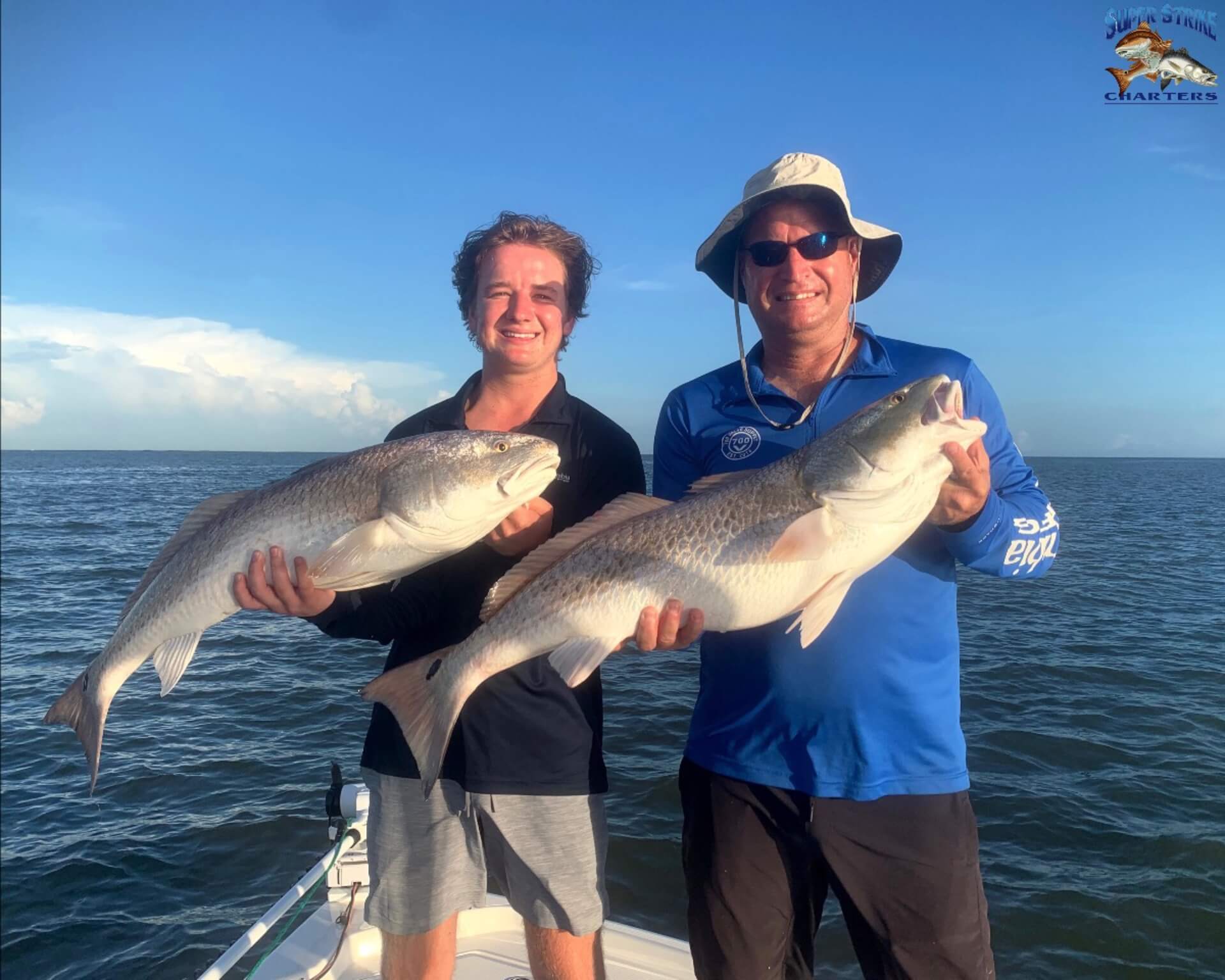 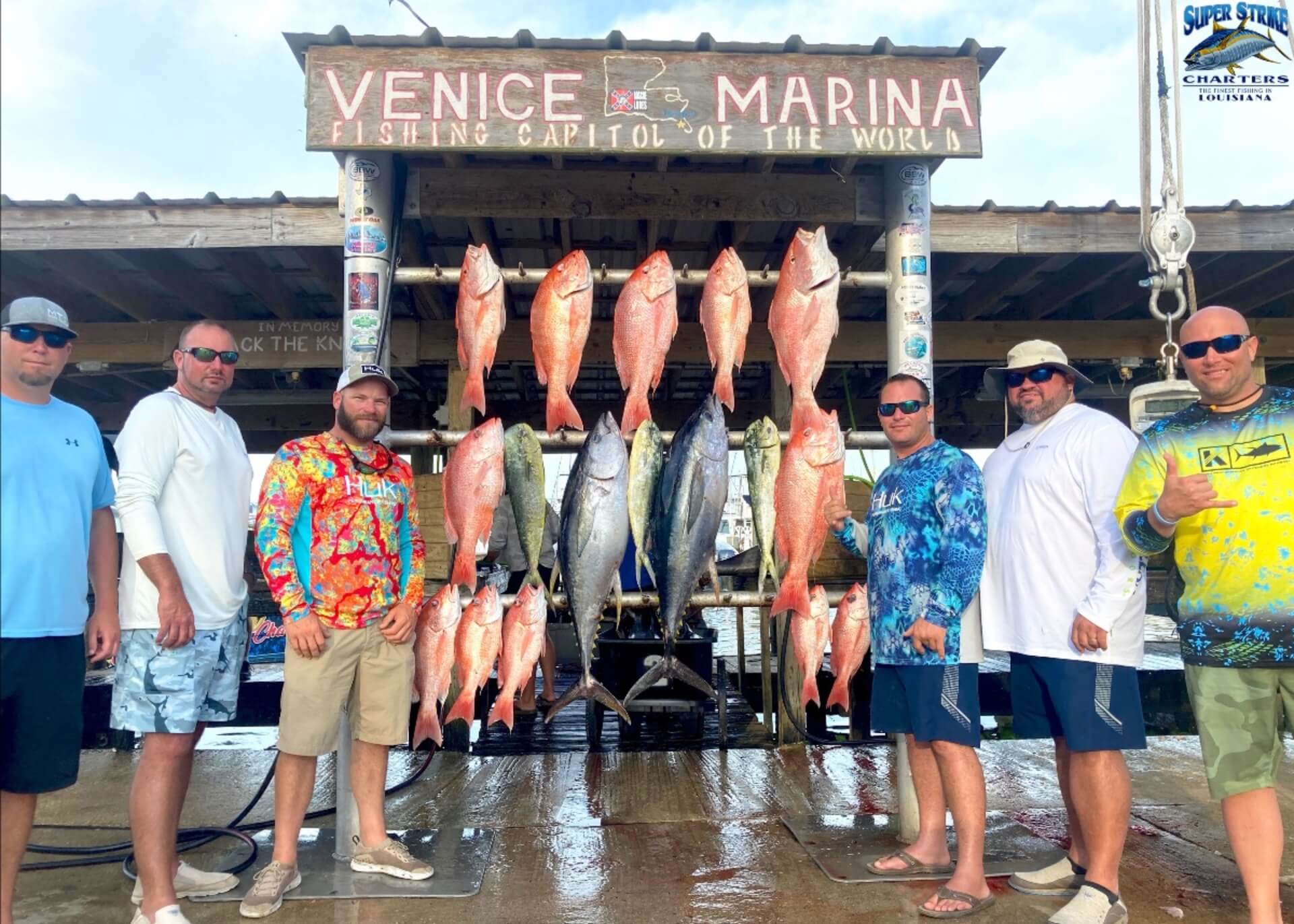