Successful Inshore Weekend for Everyone

Over the past few days, our captains took multiple crews out for some inshore fishing and it looks like everyone had an incredible time!

Friday had both the Hotze and Burkhardt Crews pulling in loads of both bull reds and slot reds! Capt. Stephen Crews took the Hotze crew out and Capt. Alan Balladares took the Burkhardt Crew, who also were able to catch a few other varieties of freshwater fish on their trip!

The Carideo Crew, lead by Capt. Alan Balladares, brought in a fair bit of sheepshead and a few redfish when they fished Sunday.

With four crews fishing on Monday, our captains and customers saw a variety of different freshwater species! The Denny Crew, with Capt. Stephen Crews, hooked quite a few redfish and sheepshead. Teaming up, the Helfond and Carideo Crews and Capt. Alan Balladares snagged a decent bit of redfish and a few sheepsheads. Lead by Capt. Kevin Drury, the Lenoir Crew brought home some gorgeous bull reds and friends of theirs, the Scagliano Crew, caught a split of redfish and sheepshead. 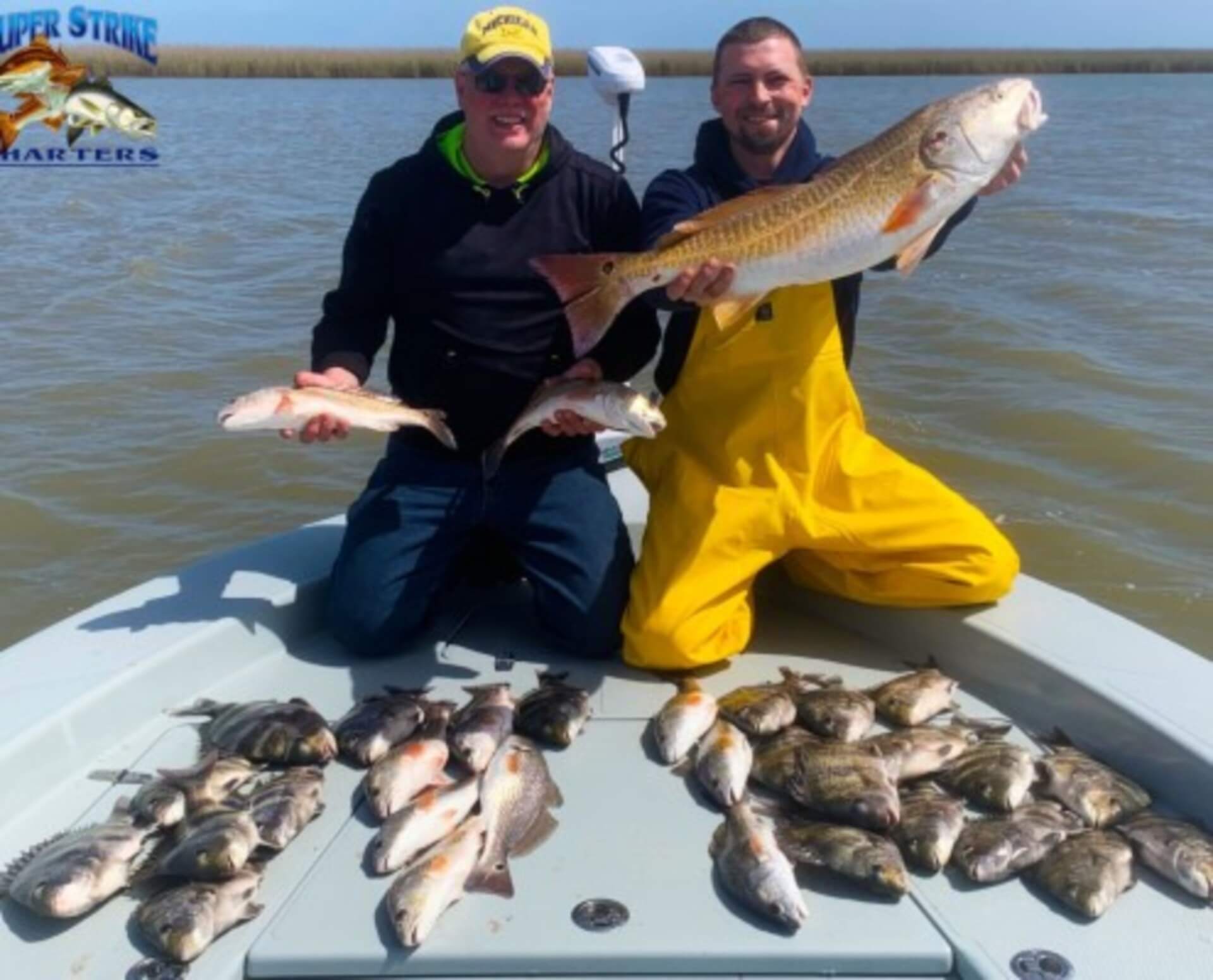